Recently I had the chance to connect with the talented Domo-La’Nee after attending a show where she did some modeling. I was surprise to learn of all the talents she has. Modeling, Singing, Dancing among many other skills. While we got to take some pictures, as we had mentioned we could create some videos to promote her dancing skills as well. She decided to do a freestyle dance to a song she liked ‘Body and Soul’ while I recorded. We first started in the studio and eventually decided to walk outside and record some footage on the park.

While walking around the park we chose the spots we liked the most and what could look better on camera. Afterwards I recorded some of her moves. The Freestyle Dance she did on the several spots we chose ended up being consistent to a degree. Domo also wanted to see the footage afterwards and we ended up hanging out while watching the footage. I started editing the video while she chose some of her favorite moves from the clips. Then, I filled out the rest.

I have to say this was the very first time I not only show the video footage right after we shot it, but to start editing the video also. To do my video editing I use Adobe Premiere Pro. I have used this program for some time, even when others seems slightly easier to use. Since I am used to Adobe, I think it makes it easier for me to deal with the issues that Adobe has, than to start learning a new program. Such a dilemma for a lot of the editors I’ve had a conversation with, but just like everything in life, you really have to be comfortable and know your equipment or software in this case. At the very end of the editing process, I did added some extra color to the video.

Along the things I can do, video editing and creation are some of the services I offer my clients. If you like my work and would like to work with me, send me a message. Also, you can Follow my YouTube Channel 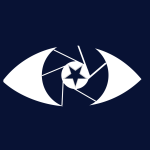